Off and on since last year I have been participating in the flickr "Blythe-a-Day" groups. These groups are hosted by a different person each month, and contain a list of themes for each day of the month. I have found some girls to be easier to photograph everyday than others; and some lists easier to stick to than others.

This year I started off with Hana for the Blythe a Day January group. January 9 - Fancy Footwear           January 11 - Cinderella
I began with good intentions (and some decent photos) and then punked out at the end. I had 24/31 photos for January.
For February I decided that Fawn was my girl. I received Fawn on February 19th of 2010; a day that I worked and was away from my then-four-month-old daughter. I saw poor Fawn's box, and ignored it for Riley, then finally opened it and went, "Hm. Okay." It wasn't until later, when Riley was sleeping and my best friend came over and named her, that Fawn came to life for me. I have loved her ever since! February 6 - Reading                 February 10 - Braids
Since February 19th is Fawn's birthday, I actually got her a present! I was browsing etsy and saw this HiBlythe deer dress. I have wanted a HiBlythe dress, and kept putting it off because I wasn't sure which pattern. Well, this was the last one, so I snagged it for Fawn. 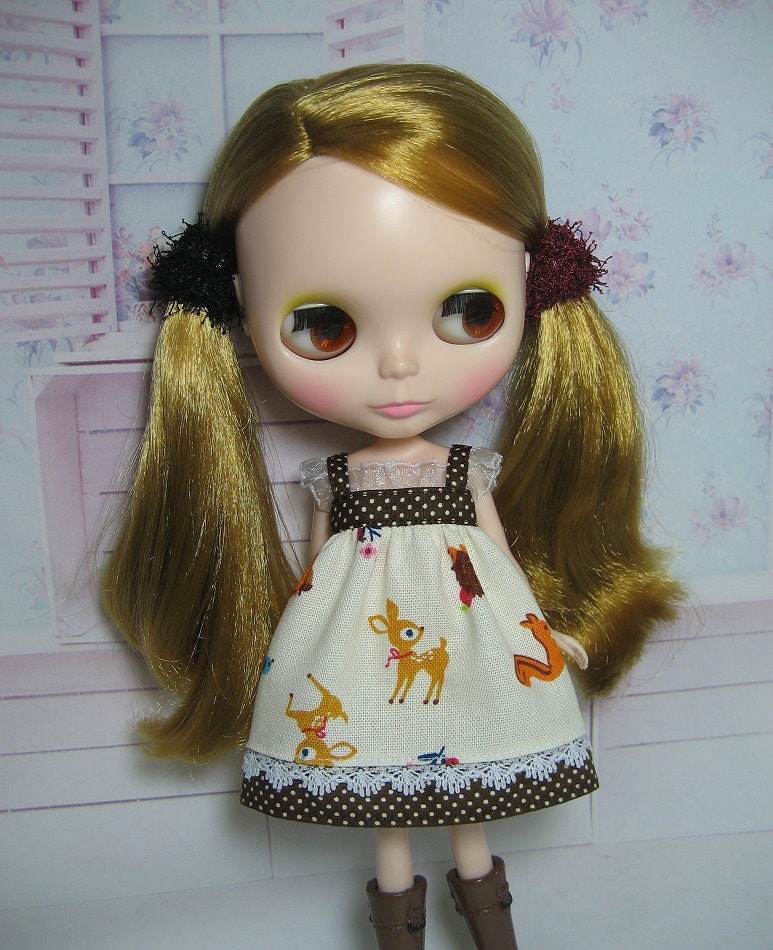 It's a shame that February is such a short month; I will definitely have to showcase more of Fawn this year!
﻿
﻿
﻿
Posted by claribari at 6:13 PM