With how long it took to acquire Noelle Northpole, I didn't expect to be seeing any new mini Lalaloopsy dolls any time soon. 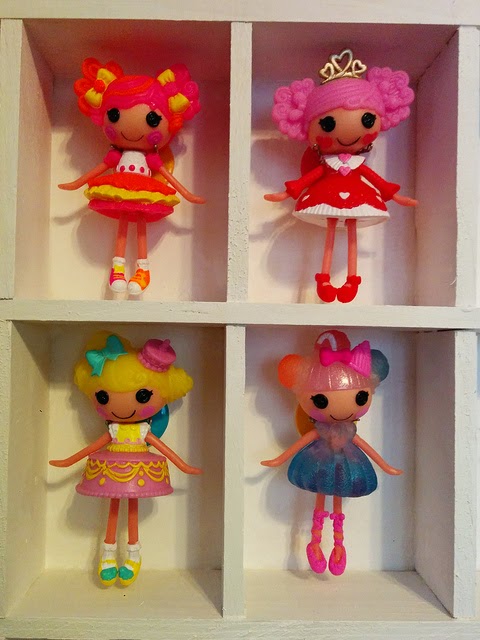 So you can imagine my surprise when I told my mom to look for a few at TRU and she texted me back with their exact names! I was in disbelief. She bought them for me (whoo!) and then withheld them until Christmas (mean) Luckily that was only about a week. I may or may not have contemplated going out to find them myself...(I am a self-admitted addict...)


The new girls are Sweetie Candy Ribbon (top left) Queenie Red Heart (top right) Candle Slice O' Cake (bottom left) and Frost I.C. Cone (bottom right) They are displayed in this photo in four of the twelve squares of the Lalaloopsy Shelving Display that I made.
I was further excited to see a second wave listed as Series 16, and slated for early 2015. They're on the Lalaloopsy website, though the photos take you to their larger counterpart's page/pic, not to a preview of the mini dolls. 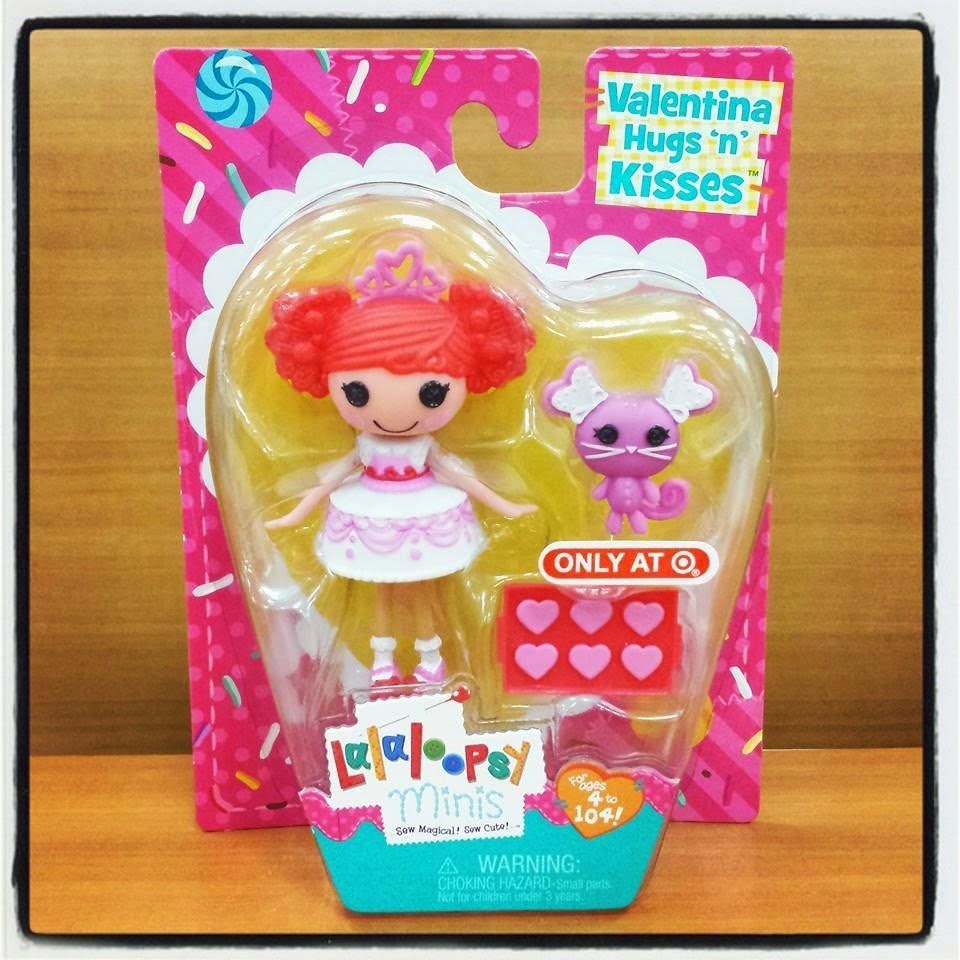 There is also a new Target Exclusive for Valentine's Day, and she is ADORABLE! Her body is a re-dye of Candle Slice O' Cake and her hair/crown are from Queenie! Queenie's hair is one of the cutest new styles I have seen them do, so I am in love with this new girl!!! Her name is Valentina Hugs 'n' Kisses, and I think she awesome! They have already popped up on ebay, which means I will be stalking Target starting TODAY in hopes of finding this little cutie. I picked up a few clearance Noelles the last time I was there, but they didn't have Valentine's décor out yet...
And just to top off my excitement...FINALLY some new sisters!!! I am absolutely crazy of the tiny dolls (the toddler sized dolls) but due to cost and space issues, I only have a handful of them (though my daughter 'owns' quite a few more...ahem.) When they began releasing the mini dolls with little sisters I was in heaven! I have all of them so far. I love their tiny little sisters!
Here are the four new girls that are on the Lala Wiki for 2015...can we just say, OMG TINY MIGHT! Dyna and Tiny are my absolute FAVORITE of all time! Sew Excited! Happy 2015!