The folks at MGM have been busy making lots of new Lalaloopsy minis, and unlike previous sets, I have actually had good luck finding them!

Series 15 with Queenie Red Heart and Candle Slice 'O Cake were released and found almost immediately (my mom got them for me for Christmas) Series 16 was listed on the Lalaloopsy Wiki, but there were no photos; just links to their larger counterparts.

The other day I decided to visit Toys R Us, and was shocked to find a whole batch of new tinies (the ones with hair; more about them later!) new tiny play-sets, and SHOCK! Star Magic Spells and Pearly Seafoam! It wasn't long before I found Goldie Luxe and Furry-Grrs-A-Lot. :) 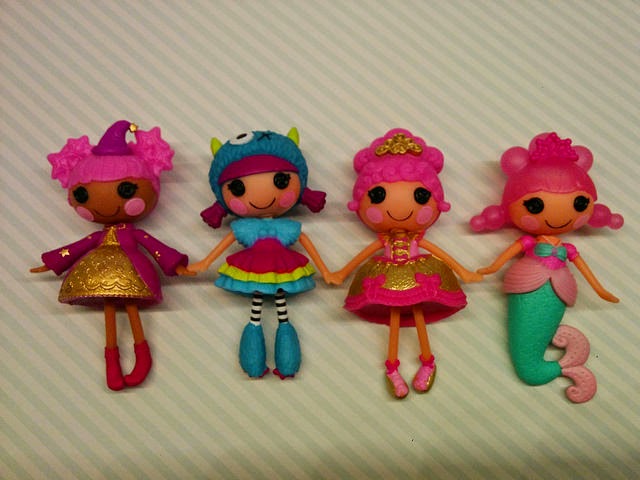 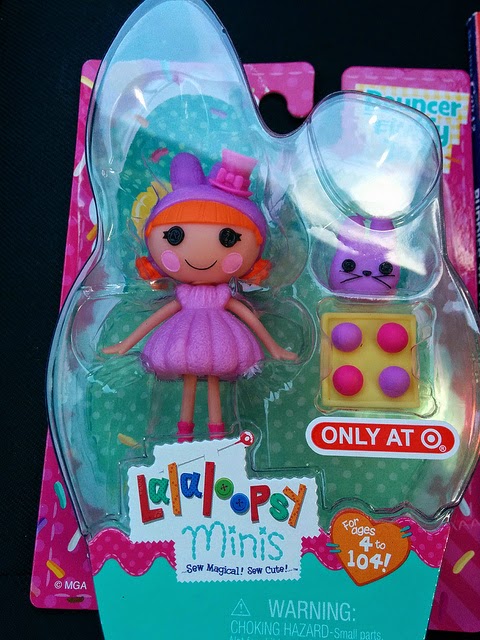 I was further floored when I went to Target near our main office at lunch. For some reason I wandered to the Valentine's stuff and there, sitting on the shelf was the new Easter exclusive! Her name is Bouncer Fluffy Tail (wow) and there isn't a wiki page for her yet. I was super surprised to see her stocked so soon, but snatched up a couple of them!

The puzzling set for me are the Sugary Sweets girls that are just a mish mash of pieces and recoloring of other girls. I don't usually mind the recolors, but this set...they seem like they were just rushed to make something and get it on the shelves. The minis are a lot of color all at once, and I like their original versions better. 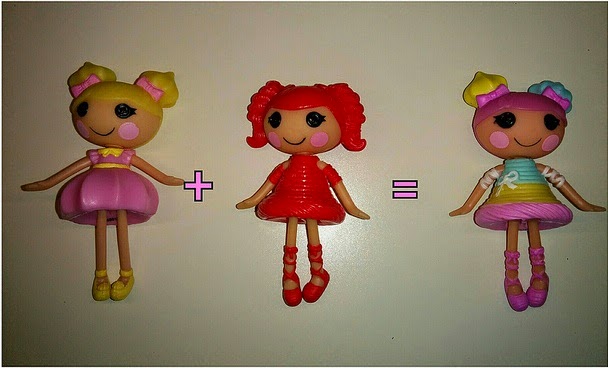 There is a new Sugar Fruit Drops (her hair and shoes are slightly different from the original), Grapevine Stripes (Mint E. Stripes) Blush Pink Pastry (Dollop with two tone hair puffs...and Twist E. Twirls' dress) and Whirly Stretchy Locks, who might be the only original looking one. Her dress isn't one I can place (so it might be new?) and her hair looks like a modification of Sweetie Candy Ribbon's hair (it has more decoration to it) TRU had 20% all Lalaloopsies, so I snatched this set up at $3.99 a piece


As much as I love new mini Lalaloopsy dolls, I hope they take a break for a little while! I can barely keep up with what is out now. I am trying to make shelves to display all of my minis, and at this rate...I will never have enough! :)