It's happened at long last...

One of the dolls that I first looked at and thought, "Ack, why would anyone pay THAT much for THAT ugly doll???" has me falling hard for her. 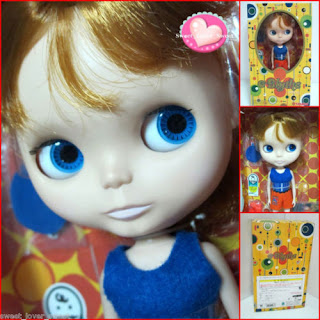 I know I just brought my Azzie home, but Kozy fever was brewing before that, and now it is boiling over! I found this perfect little beauty on the bay, and I would loooove to have her for a Christmas present.

I am so stuck on the BLs lately that I can't even consider other molds until I have a Kozy and maybe a Rosie. I know that even though I say that I don't want a Goldie (too showy and definitely too hyped), Hollywood (can't get past her hair. Ick), or a Sunday Best (too much like Mondie but not as cute!) that it's probably just a matter of time. I think the BLs are my favorite mold, even though I love Cassie and the others.